I picked up the RV on Wednesday (3/14) after work, as I had my first 5K scheduled maintenance completed by CarTek of Dublin. Ryan at CarTek runs a good operation and he is very knowledgable of RV’s as SkyRiver outsources all chassis work to him.

We set out the next morning for Pismo beach at 6am hoping to miss some of the Friday morning traffic in San Jose. We were in luck, as we flew down the interstate through San Jose all the way to Gilroy where we stopped at the Starbucks in the outlet mall. Everything was closed except Starbucks, so we had the parking lot all to ourselves. 🙂 we talked to the barista, who was very friendly and her mom happened to drop by while we were there. After a Starbucks breakfast and grande coffee, we headed to San Luis Obispo and the Firestone Grill, our favorite place for Santa Maria tri-tip!

We got to San Luis Obispo about noon, and filled up with gas at Costco at $4.09 per gallon. Yikes! After selling my left kidney, we headed to Firestone Grill. We found a great spot (4 spaces) in a Rite Aid parking lot, and after buying a few supplies there,we walked about four blocks to the cafe. The tri-tip was fantastic as usual.

Our next stop was the north beach camping area of Pismo Beach State Park. We took a side road, rather than the Interstate, and enjoyed a quiet ride through Grover Beach to the campgrounds. We really love The San Luis area and could easily be convinced to retire here! 🙂

The North Beach campground is really beautiful, with camping spots ringing a large open field, and the beach to the west, and the town of Pismo Beach within walking distance to the North.

After setting up camp — levelers, slide out, awning, mat and chairs. We always chuckle as we complete this in five minutes, as it used to take hours when we tent camped — we took a 3.2 mile stroll, first stopping at the monarch butterfly grove. Even though its out of season, there were hundreds in the grove. There was a lot of drama there, too. We saw two males fighting over a female. They landed in the grass and the victorious one flew off with the female to “get married”, as a mom said to her kids standing next to us. Better luck next time to the chap that lost out. We then headed out to the beach towards the part of Pismo that cars can drive on. The sand at Pismo is a little different than most beaches, in that it compacts really well, and it is almost like walking or riding on the crushed granite that you see being used in landscaping. We had a great walk and headed back to camp to enjoy sitting out under the awning and reading our books, and texting friends who live in colder climates to brag about the 70+ weather we were enjoying. 🙂

The next day, we spent most of the day in Pismo, shopping, walking on the pier, eating, walking on the beach, and eating. We went to Brads for fish and chips and had a great lunch there. I highly recommend it. Then we went for a long walk along the beach and pier, enjoying the sun and surf. It is always fun watching the surfers catch some waves, and watching the kids play in the waves. When my daughter was small she and her friend Katelyn loved to play “wave tag”. They would get as close to the receding wave as possible and then run back up to shore trying not to let the way “tag” them. Those days go by really fast…

We then went shopping. The most unusual shop was a candy store that also sold edible insects. That’s right, you could get a candied apple, but also a bag of fried worms, crickets, or scorpions! OK, that was just too creepy, but was fun to stop by. And yes, they were selling like hotcakes!

Our last stop before heading back to camp was a great place for cinnamon rolls, the Old West Cinnamon Rolls bakery. That’s all they sell and they do a great job! We ordered one to split between us and we were still on a sugar high for the walk home. By the time we got back, we had trekked over 5 miles!

On Sunday, we broke camp about 9am and went directly home, stopping only for lunch in Salinas, eating in the RV. We had the RV back in storage by 4pm, and had the rest of the day to prepare for work the next day. What a great weekend. 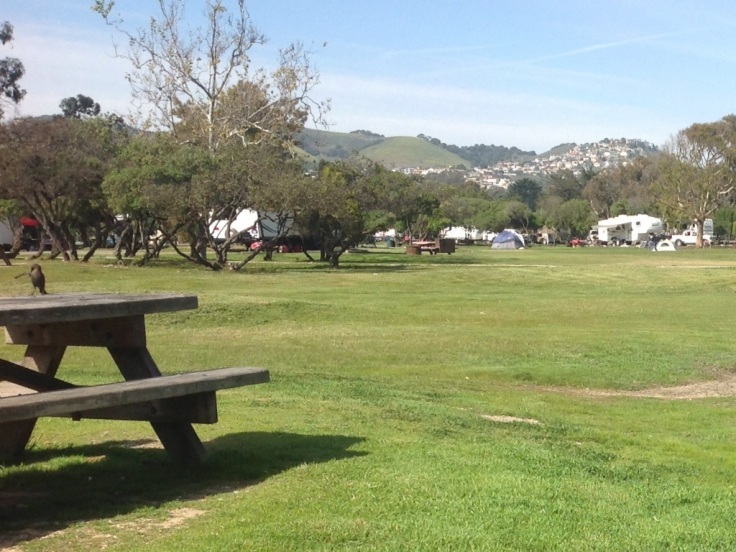 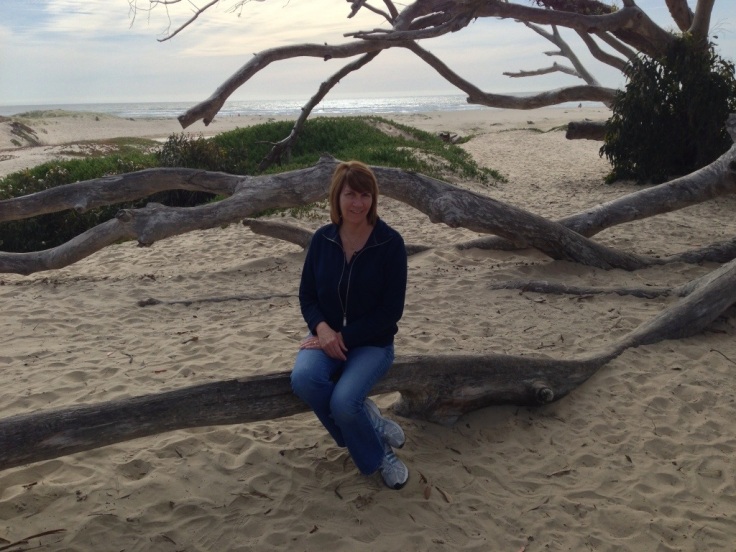 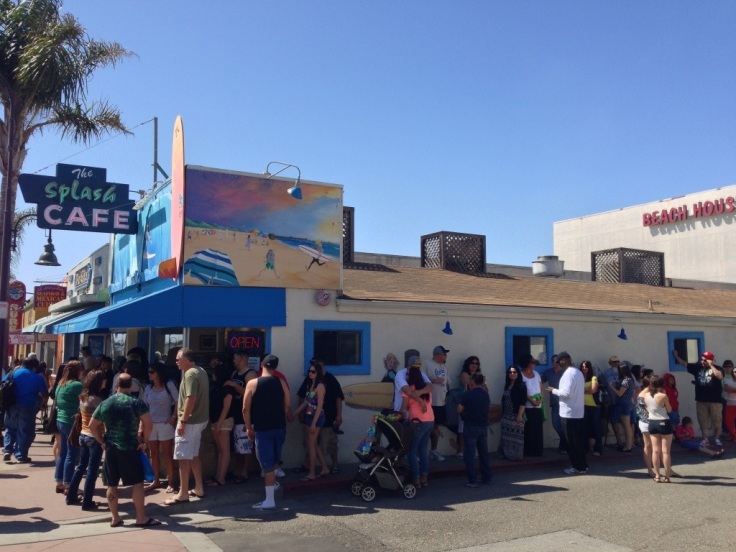 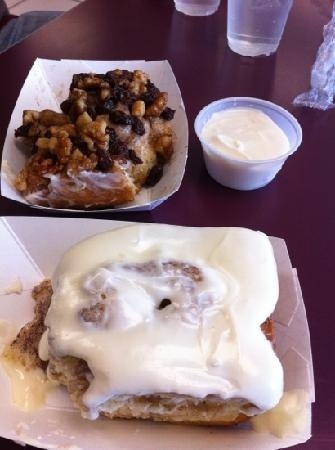